This blog article is written by Christopher from Unsaid. Check out our last two articles on environmental behavior and ecofeminism to find out more on gender and environment!

Access to modern and clean energy services is a necessary precondition for achieving development goals that extend far beyond the energy sector, such as poverty eradication, access to clean water, improved public health and education, women’s empowerment and increased food production.  Unfortunately, according to Uganda’s Ministry of Energy and Mineral Development, more than 90% of the population depend on non-sustainable charcoal and firewood as the primary source of cooking fuel. Biomass to energy, mostly heat processes, is responsible for more than 89.9% of the energy generated in the country.

The 2016/2017 Uganda National Household Survey notes that almost every household in the country either uses charcoal or firewood for cooking. According to the National Charcoal Survey released by the Ministry of Energy in June 2016, charcoal was the main source of fuel for people in urban areas of Uganda while firewood was the preferred source of fuel in rural areas in 2015. Majority of households use traditional (three stones, clay and metallic) stoves, which waste a lot of energy. Dependency on charcoal and firewood as a source of energy is not only straining the environment but also public health, education and women’s empowerment 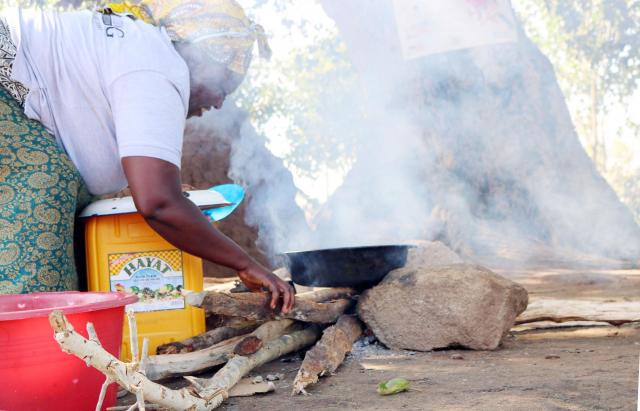 A three stone cooking stove. It is environmentally unfriendly since it emits a lot of smoke and requires a lot of firewood for fuel. Photo: S. Nalubega, Courtsey of The Lutheran World Federation Uganda

The burden of fuelwood collection in Uganda falls entirely on women and girls. Women and girls make an average of four trips per week to collect fuelwood, and they face a number of constraints and risks. They carry heavy loads of green wood, which they sometimes use before it dries. This firewood is used on the traditional 3-stone fire for cooking.  Women and children face a constant risk of violence when they collect the firewood they need to cook food. Since firewood is collected in bushes and sometimes forests, women and girls are sometimes physically or sexually assaulted or both as they are on their way from or to collect firewood. Most still venture into the bush on a daily basis to meet their cooking needs, since they cannot afford other sources of energy hence running the risk of being beaten, raped and at times even murdered. In addition to exposing women and children to violence, fuel collection is having a devastating impact on an already precarious environment, contributing to soil erosion, desertification and loss of grazing and cultivating environments. Evidence also shows a strong association between the incidence of mouth cancer with the use of wood stoves to cook and heat. Use of wood stoves is a risk factor in the development of cancer and other diseases. The Biomass Energy Strategy 2013 notes that Uganda’s dependence on tree biomass is unsustainable, with the demand estimated at 44 million tonnes per annum, compared to a supply of 26 million tonnes per annum. The report adds that the government is yet to put in place a regulatory framework that will reduce the cutting down of trees for the production of charcoal.

Alternative and Clean fuels like liquefied petroleum gas (LPG) are often unaffordable leaving most households resorting to solid fuels that pose serious health risks such as respiratory infections. Only 0.1 per cent of the people in Uganda use LPG. On a positive note, there is an increase in mixed-use of fuel-efficient stoves. Some households in Uganda use improved mud stoves and have knowledge of and skills in their construction. The use of improved and more energy-efficient cookstoves in place of traditional 3-stone fires could reduce fuelwood consumption by about 30 per cent compared with business as usual. In the improved cookstove scenario, women spend less time collecting fuelwood and therefore have more time for other activities. Fuel-efficient stoves, built from mud, lessen pressure on the environment. Kigezi Women in Development (KWID) in partnership with the Ministry of Water and Environment is implementing the EURECCCA project where women are trained to construct fuel-efficient stoves. 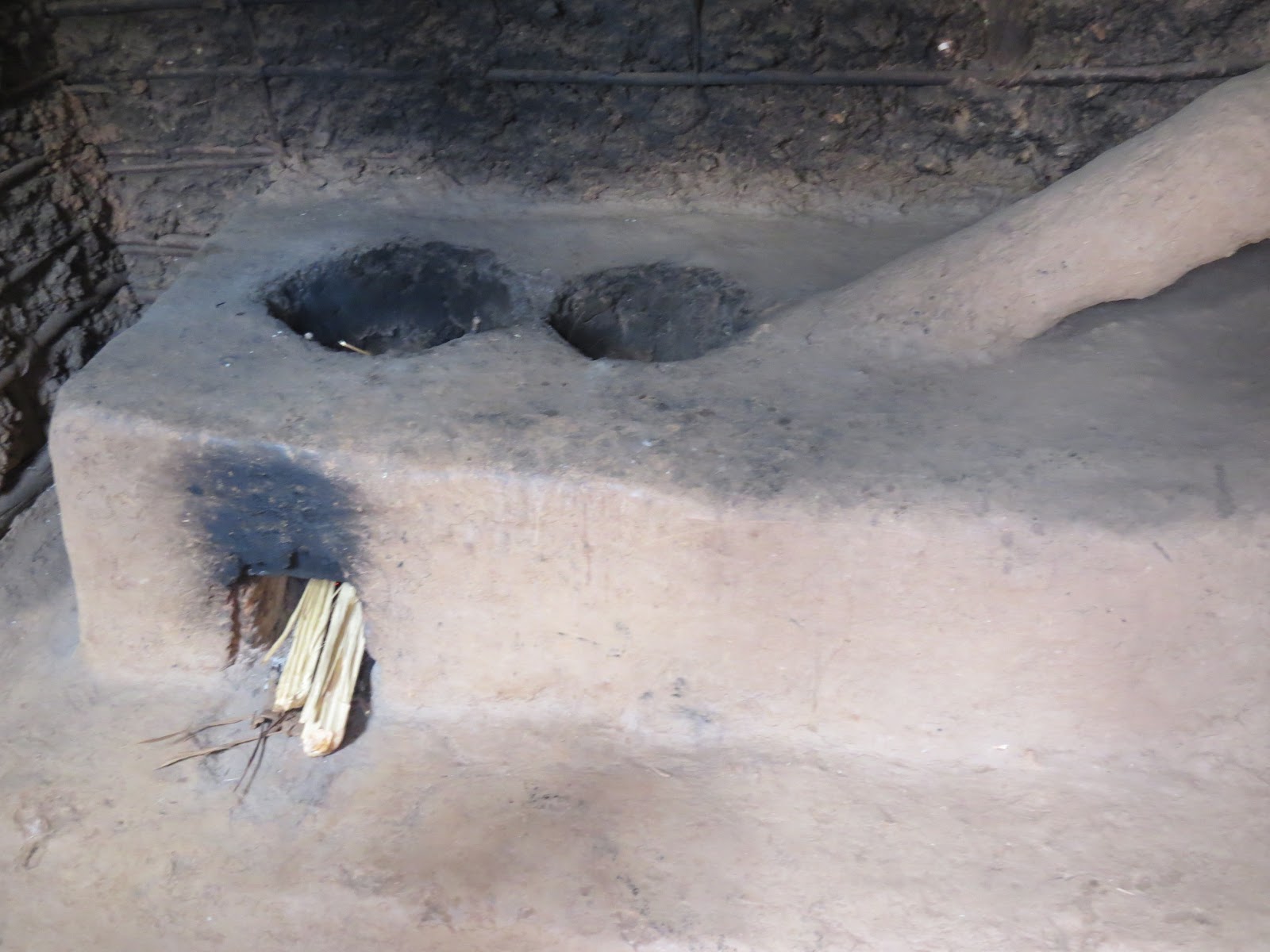 Lorena cookstove constructed by Kigezi Women in Development for a household in Kyanamira, Kabale district

“The improved cookstoves that KWID is constructing for us not only use less firewood but also retains a lot of heat, which makes cooking easier and faster,” says Hilda a resident Kyanamira, in Kabale district.

Fuel-efficient stoves, by reducing the amount of wood needed for cooking, can help lessen the risk of rape and other forms of violence while at the same time protecting the environment.

Environmental Protection is on the Rise

Will Uganda lose all forests until 2050?